Showcasing the power of Chromecast to the crowd.

After seeing one of our prototypes doing the rounds at Google, the Chromecast team asked us to develop it further to show the value in streaming media. So, we went big. Sports arena big.
Opportunity

People regularly second-screen at sports events – especially during breaks in the action. Gamifying that downtime gives us an unmissable opportunity to showcase the power of Chromecast to an audience who are already looking for distractions.

We supersized the concept of Chromecast to entertain thousands of sports fans live at a major event. We took over the Jumbotron of the Barclays Center in Brooklyn to give 16,000 New York Islander fans the chance to Own the Ice, playing a game of speed and skill between periods. 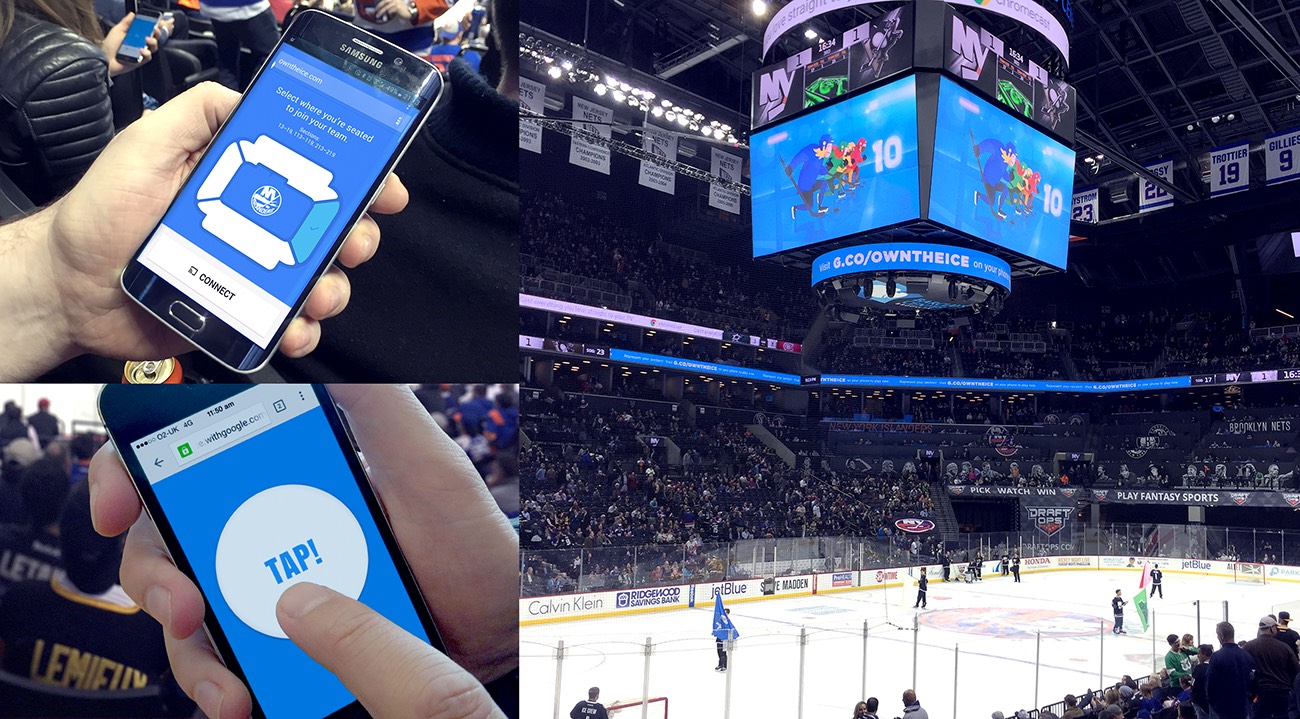 We divided the arena into four teams who used their mobile devices as controllers to compete against each other – all connected by Chromecast. Players were rewarded with a $10 voucher redeemable against a Chromecast from the Google Store.

people took part in a game (44% of them played twice).

of players clicked through to a product page.

We’re always interested in new connections. Feel free to call or get in touch
Sign up to receive our weekly creative tech trends email.
Thank you! Your submission has been received!
Oops! Something went wrong while submitting the form.